It has been a while here. But we have two of our star members that have upcoming events that we should make a point of putting on our calendars. Show some team support!

Vicky Mountain is working with pal Maryann Sullivan to present the works of Blossom Dearie and Anita O'Day. It will be at our familiar haunts of Jazz Central on Sunday 11/11 @ 6:00. Billed as the "cool and the sweet" vs the "swing and the sass." Tickets are a suggested $5 donation with refreshments on hand. 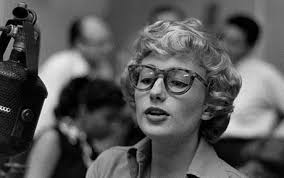 Jen Eckes is finishing up her brief run as Dot in Sunday in the Park... @ Bloomington Civic. It has gotten great notices in the press for her and the entire production. It is a rare chance to see her in a full production and also a Sondheim piece with a loyal following that only gets occasional showings. 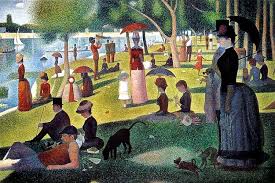 A Grand Night for Singing

This is a late but recent recap of our tremendously successful showcase on October 7th @ Theatre Unbound. For those that missed it, it was a rare chance to see a handful of our members do what they do best. A small intimate room in St Paul, Tom Linker at the piano and a rapt audience that was both supportive and appreciative of the stories and songs that 10 of us brought to life. 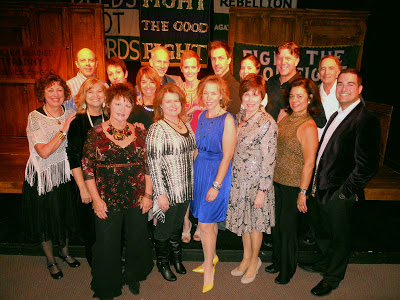 After talking as a group; in addition to the talent we bring, we felt it was a huge step forward for our group. In terms of visibility. In terms of polish and range. In terms of support for each other and working as a collaborative team. I know that I felt a great sense of triumph in the work on stage and pride in my colleagues that I was so very fortunate to share the stage with. Here's to many more nights just like this for us.

For those of us that are fans of the American Songbook and the history that gradually seems to get lost, here is a small feature I just stumbled onto via Playbill again. Unsung Musicals Co. is a small collective in NYC that is trying to preserve or at least reboot lost scores from major composers that may have had unfortunate shows along the way. They revive them only as staged concerts since the emphasis is on the music and not a very dated book or libretto. They also draw from a huge roster of NY musical theater marquee names rather than cast a show for its roles. This gives an audience to hear a full program featuring many artists as they often reconstruct songs from what remains of the original score.

The next offering is At Home Abroad by the notorious Dietz & Schwartz who are know for their film work more than their stage work. It is a musical revue from 1935 about an American tourist abroad and the many ports they travel upon. Check out the Playbill link for full cast details and song listing.

Playbill/ At Home Abroad
Posted by Joey B at 8:47 PM No comments: