We all know that there is a day, month and year for everything under the sun now. Attribute it to Hallmark in the 1980's where every day became an occasion to celebrate. And then advanced into the current millenium with the advent of Facebook Events.

BUT - March has somehow been designated a cabaret month. By whom, we will never know. Not only a day but an entire month. And it is one of those with 31 days! We all know of our own shameless plug for Women: A Broad View. I look on line and cities from NY to St Louis are doing something to commemorate it. But maybe a reminder to those at large out there to find one way to engage yourself with something. Maybe it is a concert at the Dakota. Maybe it is buying a new CD or MP3 of a favorite artist. Maybe it is even a night of karaoke out with good friends creating your own cabaret party. Do it up!

Another interesting cabaret offering coming out of NY. This is the first father-son evening that I have stumbled onto. It features psychiatrist Dr. Edward “Pappy” Lowell and his son Brett, one of his closest friends. The press asks us to join the two of them for an evening of stories and songs on the art and science of being happy—84 years of wisdom on living a life of joy, passed from father to son. It looks like a very eclectic program mixing Kander & Ebb with Springsteen. Written by the two of them with musical direction by Darius Frowner and performed at both the Laurie Beechman Theater & the Duplex in NYC over the next month. 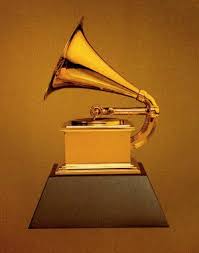 All in all - I find it sad that this used to be our reality television. Now I would much rather watch an episode of the Amazing Race or the Bachelor.
Posted by Joey B at 12:37 PM No comments:

I know that many of my posts lean to the theater side. Part is that there is not always a lot in the loop that is true cabaret tidbits of note. But the other side is that my roots are in theater and where most of my experience and identity lies. 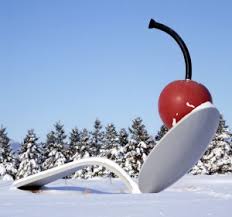 This is a link to Cherry and Spoon - a fellow blog here in the Twin Cities noted only as being published by Jill. She obviously sees quite a bit of what is on stage locally with a heavy emphasis on our musical theater offerings. But I also see posts on vocal concerts that lean very heavily in our genre. I am not going to attach it to our sidebar, but I will include the link for any of you that might be theater groupies. It lists quite extensively and might turn you onto some events that would normally miss your radar.

How Bout a Dance?

Our very own Joey Babay will be sharing the stage with other fine vocalists for a holiday dance in conjunction with 1st Universalist Church in Minneapolis. The decadent event is taking place this Saturday in the church hall @ 34th & Dupont Ave S at 7:30 PM. He is choosing some great swinging uptempo tunes to get the mood moving. John Jensen and the Usual Suspects will be holding court in the trio. If you are wanting a date and a sweet treat - come check him out!
Posted by Joey B at 10:05 AM No comments:

I am a big fan of flashmobs and it always thrills me when I catch something that is truly unique and special happening in a large public arena. This is yet another. It looks like a mass event staged by TMobile in the UK. It is from 2010 @ Heathrow and uses a massive number of live singers. The sound is impeccable and TMobile must have put much effort into the audio. But I love the stunned reaction from the hundreds of passengers as they are greeted upon arrival but an unexpected burst of joy in song.